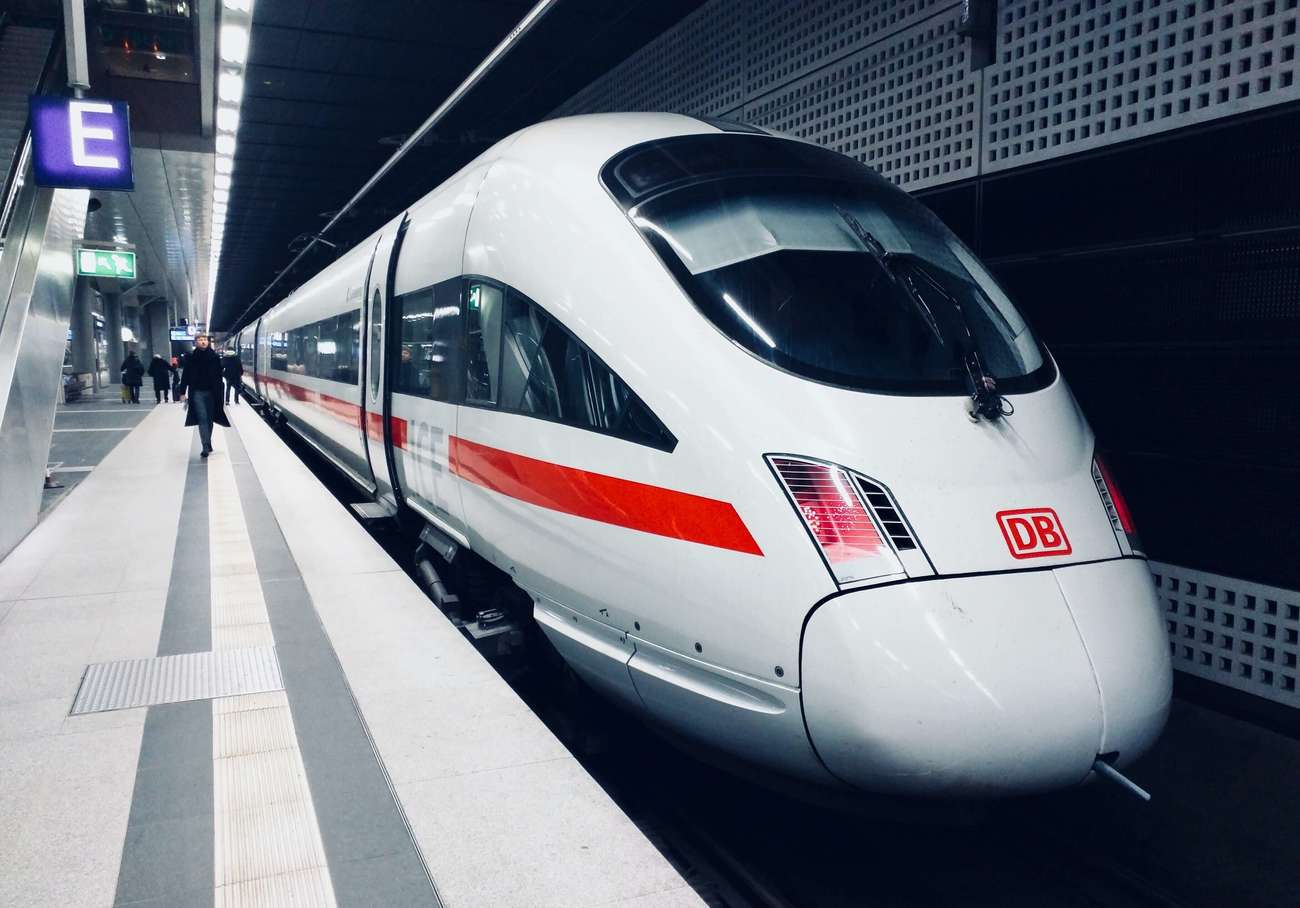 I’ve been exploring the topic of The Future of Transport with Christiana Figueres and Paul Dickinson, with whom I co-host the weekly podcast, Outrage + Optimism. It’s totally outrageous that the transportation sector is still driven by combustion engines more than a hundred years after the industrial revolution. They have polluted city streets, toxified the air we breathe and made us reliant on fossil fuels that are simply unsustainable. The technologies we need to transform all ground transport – including heavy vehicles – already exist and are in many cases, already profitable. The investment in these technologies has been almost entirely fuelled by entrepreneurs, with very few financial incentives or policy levers to support the infrastructure and scale required for a net zero carbon world. It’s time for a transportation system where the real beneficiaries are the working people and communities of the world, not the producers of fossil fuels, vehicles and rubber tires.

I’m pleased to say, we discovered that the future of fuels is not a distant (tail)pipe dream. The end of the combustion engine is around the corner.

Right now, the United States is marking the national Thanksgiving holiday – the traditional turning point towards seasonal gifting – a trend applies to many of us across the world as we near the year’s end. As we look to the holiday season – buying toys, games, books and other gifts – how many of us wonder about the transportation it takes to fill virtual and physical store shelves with coveted items? Odds are the gifts we buy will have arrived at warehouses by truck and will travel to our homes via delivery vans or in our cars. Besides the ticket price of the items, I’m finding myself increasingly concerned with the real cost burden. In the European Union alone air pollution costs amount to nearly €67 million every year, not to mention half of million avoidable deaths every single year. I’m not against road freight – it enables economic activity – but trucks alone are also the second-largest source of global oil demand, and account for more than a third of transport-related carbon emissions globally. Are we a million miles from driving clean?

The good news is that the transportation revolution is already upon us and is exactly what we need to propel the journey to a cleaner, healthier global economy and meet the promise of the Paris Agreement – to achieve net zero greenhouse gas emissions by 2050.

This is what Monica Araya, Transport Lead for the COP26 Climate Champions, says. She points to heavy polluting, noisy buses that fill the streets of city centres, bringing pollution that places the largest health burden on disadvantaged and lower income communities, which can easily be replaced by quieter, cleaner electric buses that are nicer and cleaner for passengers too. For example, the city of Shenzhen, China operates an entirely electric fleet of 17,000 buses, incentivised by the country’s industrial strategy. In the EU, electrification is also taking off due to policy incentives to cut carbon and regulatory levers around air quality and human rights.

Even in the US, where air quality standards are not as heavily regulated (for now), moves are afoot. California, home to Tesla and many other innovators, is the world’s sixth largest economy. Burdened by horrendous fires as a consequence of climate change, the State government has made bold moves. Mary Nichols, Chair of the California Air Resources Board, told us that the recent mandates from Governor Gavin Newsom for zero emission vehicles and to improve forest and land management, to maximise nature’s ability to absorb and hold carbon, are shaking up the economy and sending clear signals to the private sector. Nichols went on to tell us that, “[Governor Newsom] knows perfectly well that we’re not going to replace all of our internal combustion engines quickly enough to make any immediate difference to the fire situation. But he also knows that if we don’t start now, we won’t get to where we need to be.” 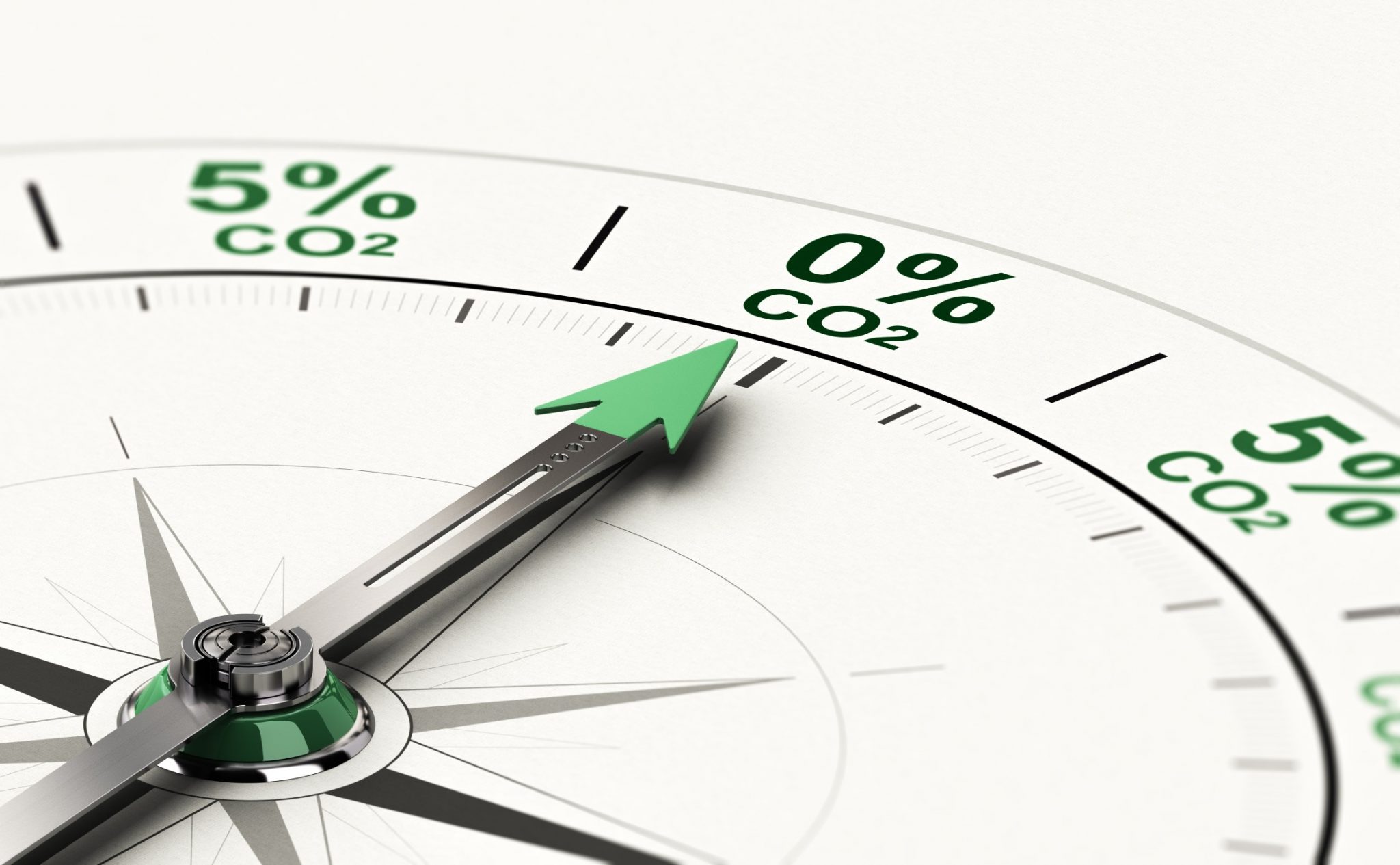 California is not alone. Nichols went on to say that an incoming Joe Biden Administration will likely re-introduce or improve on regulations that were rolled back under Trump. She says, “There’s a lot of consensus from regions around the country, saying they want to participate in the transformation of our system of transportation, they want to be part of a of a national program, and they’re willing to do their part in terms of investing local funds and putting their land use and other authorities behind the creation of a network of charging stations for electric vehicles… this transformation, which most people, including CEOs of oil companies, believe is underway. The question is not whether it will happen, but only when and how much of a role batteries will play versus hydrogen. The fundamental question of whether we will be moving beyond petroleum has been settled.”

The race to electrification is the trajectory for vehicles 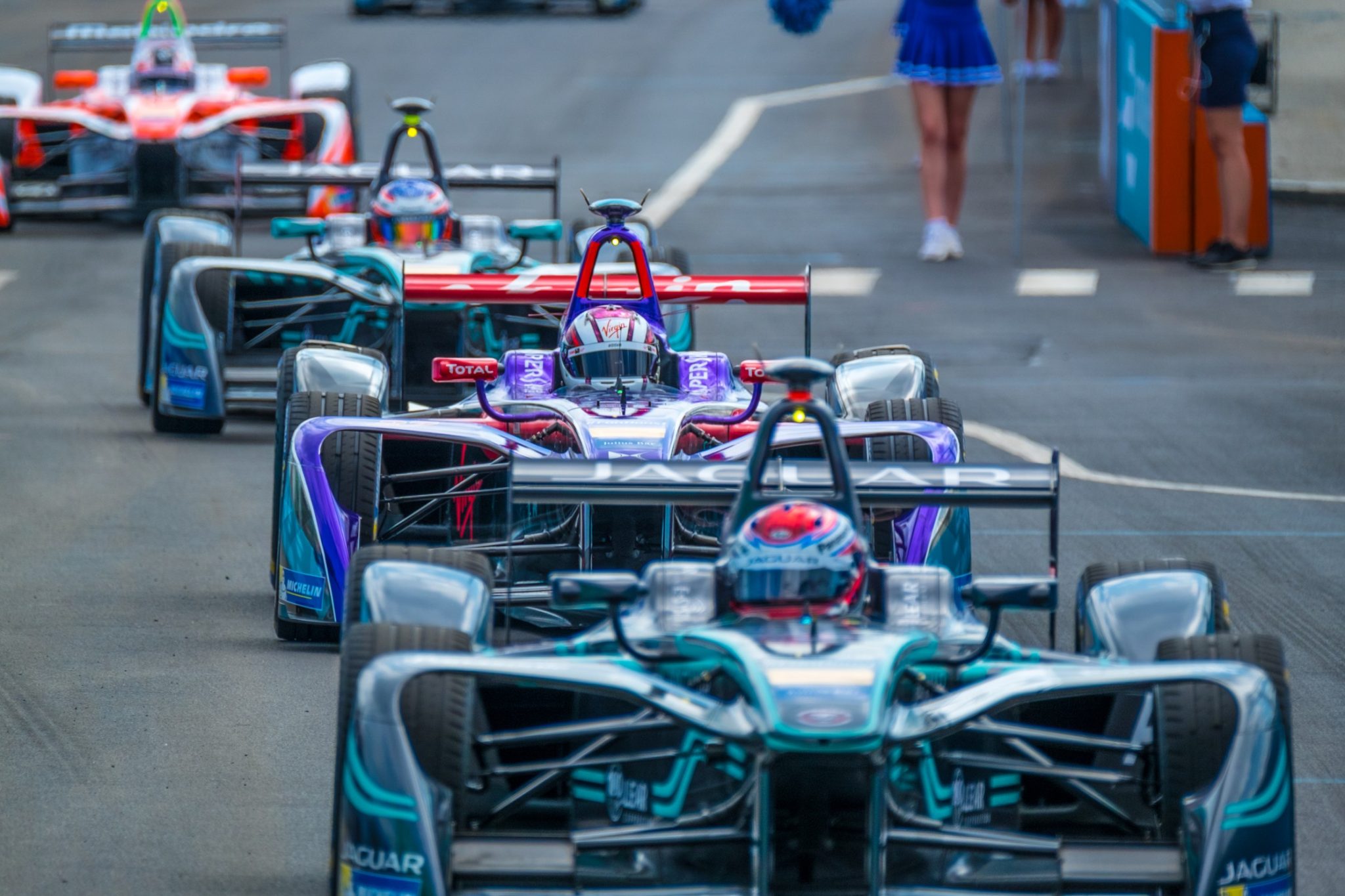 A lot of people still choose to propose electrification as a niche proposition. But even before the economic downturn sent passenger vehicle sales tumbling downward, electric vehicles were growing by 40% year on year in 2019, stimulated by policy-led incentives and regulatory measures, as well as by corporations. At the same time, combustion engine vehicle sales continued to decline. Companies looking to decarbonise their value chains are directing their investments toward fleet electrification, spurred by growth in available charging infrastructure.

Alejandro Agag, Founder of Formula E and now Extreme E, had his roots in Formula 1. He believes that by exciting the global motor racing audience, he can help to build demand and seed the idea that electric vehicles can be as high performing as petrol engines. He told us how Formula E is changing perceptions at the individual level. Agag says, ”Motorsport has always been a kind of a laboratory, a platform where you make the technology advances that you can use for on road cars. Even the rear-view mirror was invented in a race. By seeing electric cars in a racing format, something that was before only reserved for combustion cars, you take a big step in changing the mindset of the people. We’ve asked the people exiting our events, are you closer today than yesterday to buying an electric car? Ninety nine percent of the people said yes.”

Heavy vehicle manufacturers are also looking to a clean fuel future. Daimler Trucks & Buses CEO, Martin Daum, was initially sceptical that as a large manufacturer, the road to new engines and fuel sources was long and difficult to justify in financial terms, since electric and hydrogen technologies were much more expensive than diesel engines. He took his time understanding what the Paris Agreement meant and arrived at the conclusion that, “The Paris accord is absolutely right. If we can’t emit CO2 by 2050, we shouldn’t sell diesel powered trucks by 2040. And 2040 is just around the corner in our industry. So, we better start today and not waste another day.”

Hydrogen, locally sourced and readily available, is on the way 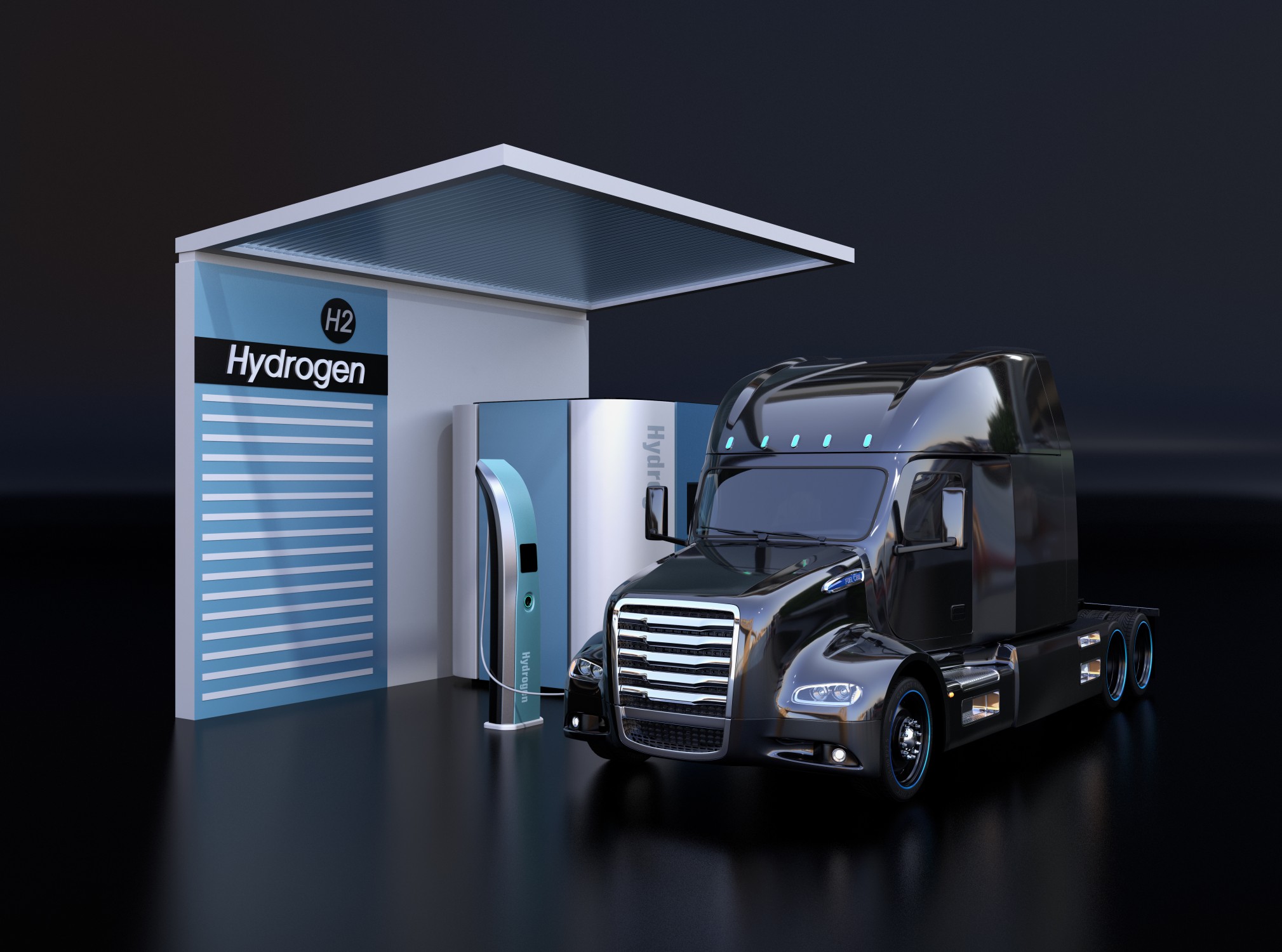 There’s much excitement for hydrogen fuel cells as a real competitor to diesel. The challenge is to reduce the reliance on natural gas, which currently accounts for nearly all hydrogen produced today, and to now make the transition to green hydrogen. To make green hydrogen widely available, local production through electrolysis is the ideal scenario. We talked with Hyzon Motors CEO, Craig Knight. The company is a pioneer in hydrogen powered vehicles and is poised to scale and revolutionise corporate and public sector fleets. Knight explained that “the green way to make hydrogen is electrolysis using renewable energy, because then there’s no carbon generated in the process of generating the electricity. Because hydrogen is difficult and somewhat expensive to move over long distances, we’re strong believers in the concept of local hydrogen production for local consumption, creating local sustainable ecosystems, creating local jobs, having very strong energy independence and energy resilience at a local level.”

Wherever you are in the world, I feel that in the midst of many uncertainties, it truly is time to give thanks. Thanks to the brilliant entrepreneurs that have created demand, excitement and real, viable opportunities to transition the transportation systems of the world. I started out pretty outraged about the lack of momentum to change transportation exponentially, in the way renewables are rapidly overtaking the global energy system. I’m now in a much more stubbornly optimistic frame of mind.

We can do this.

This series on the Future of Transport on Outrage + Optimism is to showcase what is possible, but also to galvanise many more individuals and companies to step up to the transformation of a sector that is ludicrously still plugging away at incremental shifts. If we are to halve global greenhouse gas emissions by 2030 and live up to the promise of the Paris Agreement, then we need to supercharge the kind of disruptive innovations we saw in those early days of the auto industry. We have the privilege to be the first generation with the technologies to rapidly develop a low carbon economy – and the responsibility to do it now.